Hidden in the hinterland of Saint-Guilhem-le-Désert, you will find one of the most impressive hikes in the Hérault department. In 10 kilometres, the Circuit des Fenestrettes will take you from the bottom of the Verdus Stream to the imposing cliffs of the Cirque de l’Infernet. This circular trail is highly rewarding with its breathtaking views over the Val de Gellone.

The Circuit des Fenestrettes is such an epic hike, that it was high on my wish list. So, after checking the weather for days, finally the day had come where the conditions on a Sunday were perfect. Blue sky: check, comfortable temperature: check, picnic and enough water bottles: double-check. And our little family was good to go. We drove off to Saint-Guilhem-le-Désert, one of the most beautiful villages of France, and parked our car at the big parking lot Pré des Pères at the top of the village. One bit of advice: even though the parking fee might seem excessive (7 euros for 4 hours), I suggest you pay it, as cars are checked regularly!

End of the world

We had a little trouble finding the start of the hike of the Circuit des Fenestrettes, even though I had printed a map at home (which you can find here). However, after some searching, our girl found the first sign on the aptly called Chemin du Bout du Monde (Road at the End of the World). The signpost even had a scallop shell attached to it, the symbol of the Saint James’s Way or Camino de Santiago. After all, we were in Saint-Guilhem-le-Désert, an important stop on the pilgrimage to the Spanish Santiago de Compostella. Right after leaving the village, the rocky circuit unfolded itself at our feet. We had only been on our way for a few minutes, and we were already blown away by the view of this wonder of nature!

The first 5 kilometres of the hike started with a climb. First, we went through a little forest, but soon enough, we were walking along the cliffs of Bisonne. With an impressive rockface towering over us on our left and an even more impressive view to our right, we forgot about climbing the path. To make these steep foothills of the Massif Central more accessible, monks of the Abbey of Gellone in Saint-Guilhem-le-Désert created several tracks. Realising that these routes have been used since the Middle Ages made this hike even more memorable. Via some steep stairs, we arrived at the top of the cliff. These cobbled stairs, called ‘L’Escaliou’, were also created by the monks so that they could guide their flock of sheep to the Plateau de Larzac. This place is actually called ‘Les Fenetrettes’, maybe because of the remains of small windows (‘fenêtres’ in French) that we spotted at the top of the stairs?

The path continued past this valley onto another one. I was slightly surprised, as I thought we would walk around the circuit. But the trail brought us to another part of the Cirque de l’Infernet. Along the path, we saw many so-called strawberry trees with their remarkable red and orange spikey fruits. They looked delicious, but I wasn’t sure if we could eat them, so we didn’t. Better safe than sorry… After a little while and a break to eat, we arrived at the second breathtaking vantage point, where we even spotted the pointy summit of the Pic Saint-Loup and part of the River Hérault. The view over the valley below us was overwhelming and made us feel very humble.

From here, the path went downwards and brought us back to ‘the end of the world’ road. Chéri and I both agreed that this was an extraordinary hike, with its wide vistas combined with the rocky cliffs covered with evergreens. One of the last rock formations we saw even reminded us of the Three Sisters in the Blue Mountains of Australia. Or maybe our imagination ran a bit wild… Anyway, after three hours of walking, we thought we deserved some refreshments. So we indulged ourselves at the foot of the beautiful 150-year-old plane tree on Place de la Liberté in front of the Abey of Gellone. Not a bad place to conclude our fabulous hike!

The Circuit des Fenestrettes is a well-indicated, circular hike of 10 kilometres that takes about 3 hours. As the trail leads you to the top of the cliffs, there is some climbing involved. The first 5 kilometres, the easy path climbs about 500 metres, but after that, the trail mainly goes downwards. This is why this hike is very accessible to many people, and you don’t have to be a big athlete. Do think about bringing something to eat and enough water to drink, especially during the summer months.

You will find a big parking lot at the Pré des Pères at the top of the village (called Haut du Village). One bit of advice: even though the parking fee might seem excessive (7 euros for 4 hours, which you will need if you want to do this hike), I suggest you pay, as cars are checked regularly!

La Ramoneta | NATURE, TO DO | No Comments
TO DO | NATURE It is very much possible that you have seen the characteristic mountain Pic Saint-Loup from afar. From the Promenade du Peyrou in Montpellier for example. Even...

La Ramoneta | NATURE, TO DO | No Comments
TO DO | NATURE Hidden in the hinterland of Saint-Guilhem-le-Désert, you will find one of the most impressive hikes in the Hérault department. In 10 kilometres, the Circuit des Fenestrettes... 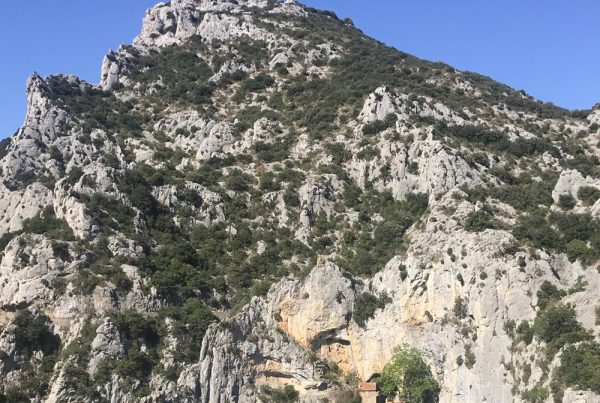 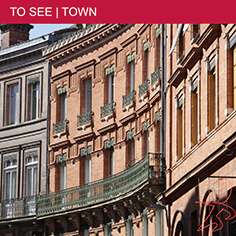 Toulouse: a guide to a city of surprises

Toulouse: a guide to a city of surprises