Classified as one of France’s most beautiful villages, Villefranche-de-Conflent definitely merits a stopover. And, if you have some time left, Fort Libéria is worth a visit too. The famous French military engineer Vauban built this fort in 1681 to watch over Villefranche-de-Conflent. The fort has stood strong on its rocky spur ever since, overlooking three valleys and the majestic Mont Canigou.

There are three possible ways to access Fort Libéria. Either you walk about 20 minutes via a path or an underground staircase. Or you hop on a jeep which takes you directly to the fort. Chéri, the kids and I had just hiked for a couple of hours, so we opted for the 4×4. As we were sat in the back of the jeep, we were jolted around all the way up the bumpy road. It was a hysterically funny ride that we won’t forget for a long time!

Safe and sound, we arrived at the entrance of Fort Libéria. As we came by jeep, we had already bought our tickets at the ticket office in Villefranche-de-Conflent. Luckily, the Catalan restaurant was open, so before creeping and crawling our way through the three separate and independent levels of the fort, we enjoyed an uncomplicated lunch (review here).

We knew that the 1,000 steps of the underground staircase waited for us on our way back to Villefranche-de-Conflent, but to our surprise, the fort itself also has quite a few stairs and tunnels to climb. Our offspring loved exploring the fort, so they didn’t mind climbing all the stairs. Neither did Chéri and I, as there was plenty of history to absorb. The kids even discovered a women’s prison, where Louis XIV imprisoned the Lady Poisoners.

To connect Fort Libéria with Villefranche-de-Conflent, Vauban wanted to create a subterranean passage. Due to a lack of money, it wasn’t until the 19th century that Napoleon III built this “souterrain des 1,000 marches”. We were quite excited to take the longest underground passage in the world made out of pink marble with a vaulted stone roof. The kids all started counting and found out that there aren’t 1,000 steps. All of them ended up with different numbers, but the exact amount of steps is actually 734. There are also a few viewpoints and artillery batteries on the ascent, giving you some welcome fresh air and some more breathtaking views of the fort and its surroundings.

Fort Libéria is open year round, and there is an entrance fee to visit the fort. It’s best to check their website for opening hours and entrance fees. If you go up to the fort through the underground staircase, you have to buy your ticket at the tourist office in Villefranche-de-Conflent or the Fort Libéria ticket office at Rue Saint-Jacques near the entrance bridge. Here you can also get tickets that include the jeep ride if you don’t want to walk up. The friendly people at the tourist or ticket office will call the driver to pick you up. At the fort, you will get plasticised information sheets, which are also available in English. 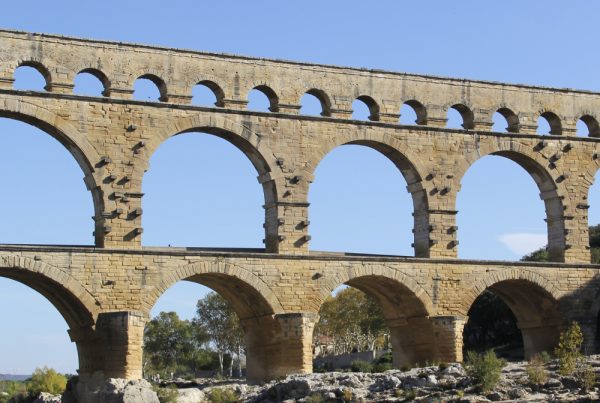 La Ramoneta | MUSEUM, TO DO | No Comments
TO DO | MUSEUM One not-to-miss must-see place in the Languedoc is the Pont du Gard. This Roman monument, classified as a UNESCO World Heritage Site, dates back more than... 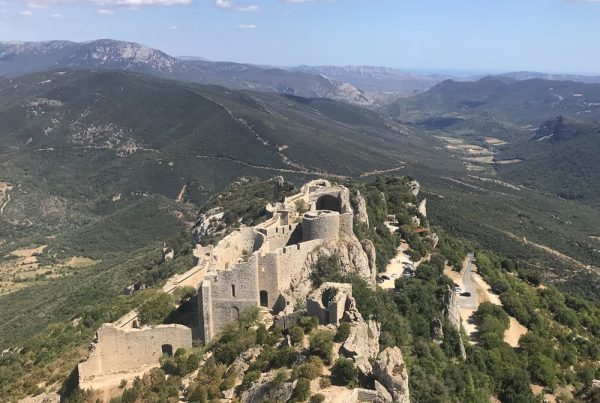 La Ramoneta | MUSEUM, TO DO | No Comments
TO DO | MUSEUM When visiting the Aude department in the South of France, you will notice that the local history is closely interwoven with the Cathars. A good way...